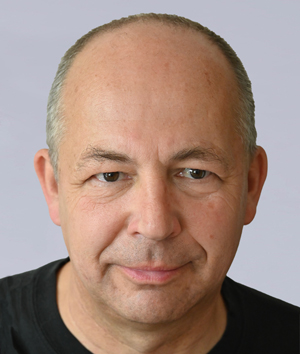 Dr. Plath received his PhD in High Voltage Engineering from the Technische Universität Berlin (TUB). He worked at CESI as consulting engineer in the first prequalification tests of AC 380 kV XLPE cables and later became Head of the HV Laboratories at IPH Berlin, now part of CESI Group. In addition to being a Lecturer at TUB, he was responsible for development of monitoring systems for HV devices and systems at Omicron and also served as Managing Director of HPS Berlin, with a focus on consulting and on-site HV testing worldwide. Since 2013, he has been a full Professor of HV Technology at TUB with research interests that include HV testing and diagnostics, especially PD measurement and monitoring, HV cables, HVDC, power electronic insulation systems and materials. He is a member of IEEE, CIGRE and VDE (DKE K124, German mirror committee of IEC TC 42, ETG Q2 Materials, Insulation Systems and Diagnostics and FNN project group “Deployment of 525 kV HVDC cables”). He served as German member of CIGRE WG B1.06, B1.28 and B1.38 and CIGRE German SC B1 mirror committee, corresponding member of CIGRE WG D1.54, JWG D1/B3.7, D1.66 and Convener of CIGRE WG D1.63. He is member of Jicable International Scientific & Technical Committee and in 2021 became a member of the Scientific Advisory & Project Board of 50hertz, one of four German TSOs.

For the first time ever, long land-based transmission links are being implemented with HVDC extruded cable systems at a nominal voltage of ±525 kV. The German Corridor Project cable systems will consist of HVDC extruded cables, joints and outdoor terminations. The 525 kV HVDC cable will be similar to common HVAC cable designs with the main difference being in the conductor, which does not require AC loss optimization even for the highest cross-sections. The focus of this presentation is on the after-installation testing planned for this project according to the relevant standards. The TSOs intend to perform not only DC but also AC voltage testing in combination with on-site partial discharge measurements.