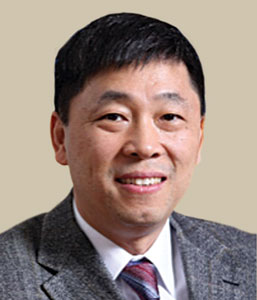 Professor He received a PhD in high voltage engineering from Tsinghua University in Beijing in 1994. Currently, he is a Cheung-Kong Scholar Distinguished Professor of the Ministry of Education of China in the Department of Electrical Engineering, Tsinghua University and leads the university’s High Voltage and Insulation Technology Research Institute. His research interests include lightning and overvoltage protection technology, advanced power transmission technology, sensor network and big data mining, nano-dielectric materials for recycling HVDC cable and environment-friendly gas-insulated power transmission lines. He was Chairman of several international conferences, is Convener of CIGRE C4.26 and a Fellow of IEEE and IET.

According to data on power system failures, lightning is the most significant cause of power grid trip-outs in China. Moreover, total average lightning trip-out rate over 5 years reached about 62% of all transmission line trip-out faults. For example, recent lightning trip-out failure rates on 110 kV, 220 kV and 500 kV lines in the southeastern Province of Guangdong were 68.7%, 47.8% and 60.3% respectively. In spite of this data, lightning protection performance of transmission lines has been improving greatly due to application of polymeric-housed ZnO line arresters that are being put into operation in parallel with insulators to limit overvoltages. This presentation addresses some of the key issues necessary for line arresters to achieve the most effective lightning protection of a transmission line, including the design principle of series gaps as well as insulation coordination between the line arresters and the insulator strings. The so-called ‘transverse discharge’ phenomenon caused by the proximity effect of the discharging ring of the line arrester is also introduced as is selecting the correct distance between line arrester and insulator string. Another topic discussed is development of high voltage gradient ZnO varistors to allow reduced length of line arresters.

23 Oct 2019
11:10
Sonoran 1 & 2 Conference Room
We use cookies to ensure that we give you the best experience on our website. If you continue to use this site we will assume that you accept the terms and conditions.OkPrivacy policy